I ride for you

LPP
Home Projekti I ride for you
×

Being a Ljubljana passenger bus driver is a really “cool” job, especially if the actor Goran Hrvaćanin is behind the wheel.

LPP primarily wanted to present the idea of bus driving as a career to young people in a “cool” way, thereby improving the reputation of the career itself and at the same time attracting them as potential co-workers.

Being a bus driver is a “cool” job

To achieve this, we came up with a creative concept with a slight difference. We made the video Furam zate (I ride for you) with actor Goran Hrvačanin starring as Boštjan, the bus driver. Who could be better suited for this role than Goran? In the eyes of young people, he is a real “badass”, as he is the creator of many humorous video hits, including the feature film Pr’ Hostar. Even in his role as a bus driver, he remained true to himself and brought his humour to set, which was heavily utilised in the video! He presented what the job offers, its benefits and why being a bus driver is a “cool” job.

For the campaign, we also created the slogan “I ride for you”, as well as the creative materials for communication on social networks and bus screens. 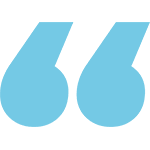 The video received a great amount of positive feedback on social networks. We were more than pleased with the entire project, as we attracted more co-workers than we expected. Special thanks for the entire project go to Vodik agency, who provided creative solutions and assisted with the implementation of the project. 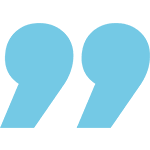 Check out what would be our solution for you …